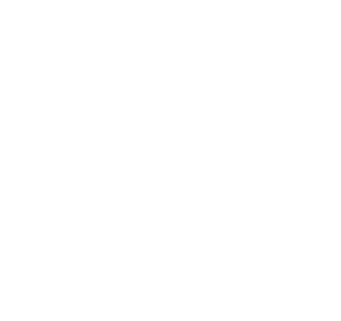 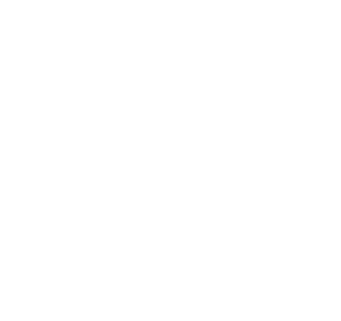 A small selection of some past projects: 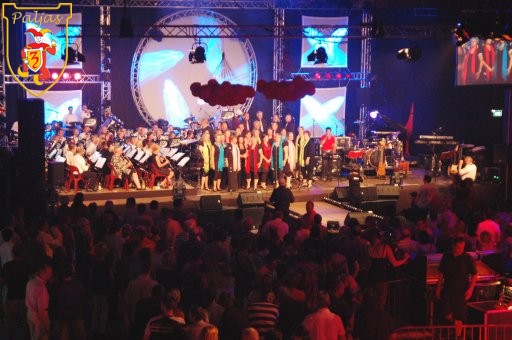 For Zènders Symphonica I assisted with building up and breaking down the light and video installation.
Interesting in this show was the 14mx7m vertical grid behind the stage.
The company responsible for the project and lightdesign was Flexx Light & Sound. 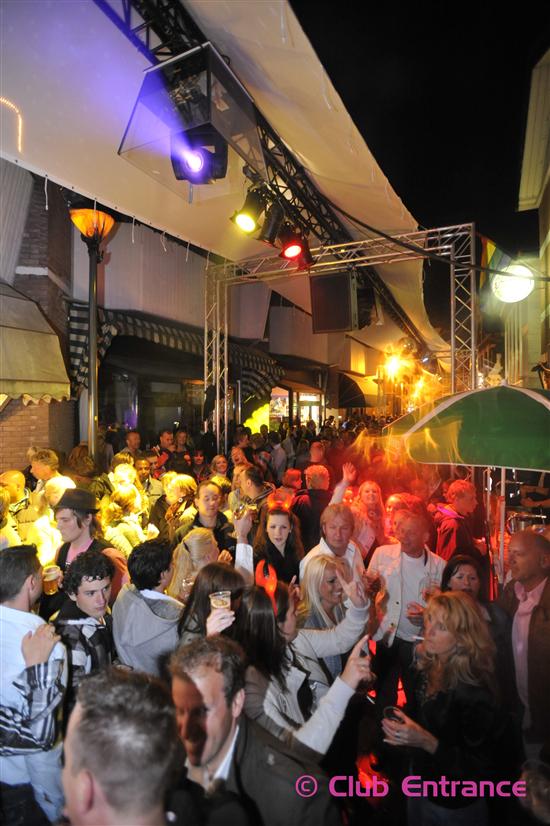 For Jazz in the Woods I assisted Flexx Light & Sound with building up and tearing down the light and sound installation.
Especially the huge truss construction was quite interesting.
Besides the large impact of this design, the heavy rain during the break down and the fact there was no level floor to be found made this a project not easy to forget. 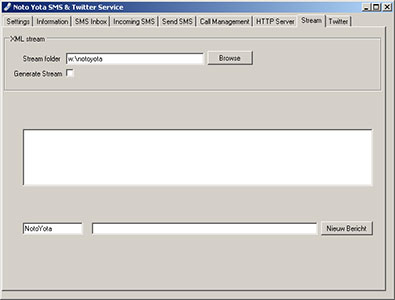 A few years ago I started working on a SMS system as a proof-of-concept project.
I wanted something that could present incoming messages in a nicely manner on a beamer, flatscreen or other device(s).
The initial version was used sucessfully a couple of times in quite some different settings. The responses from the clients and the audience were great!
Later I rewrote the entire application and included the option to work with Twitter messages as well.
Also new in the second version was a seperation between the back-end and the presentation layer.
The presentation system is now based on web technologies and allows for displaying the messages on more different and simultaneous devices.
The new version has been working in different situations as well.

One of the memorable projects during my time as chief technician in venue Gigant was The Steel Breeze.
Probably the best dutch Pink Floyd coverbands did their Great Gig in Gigant with the title: The Music, The Sound, The Lights and The Video
I was pleased to do FOH sound for them and arranged all the extra rigging and lighting equipment.
Light operator Marthijn and I spend the week before listening and watching to Pink Floyd concerts to make try and make it as close to the real thing as possible
Hopefully I'll get another chance to work with these guys again. 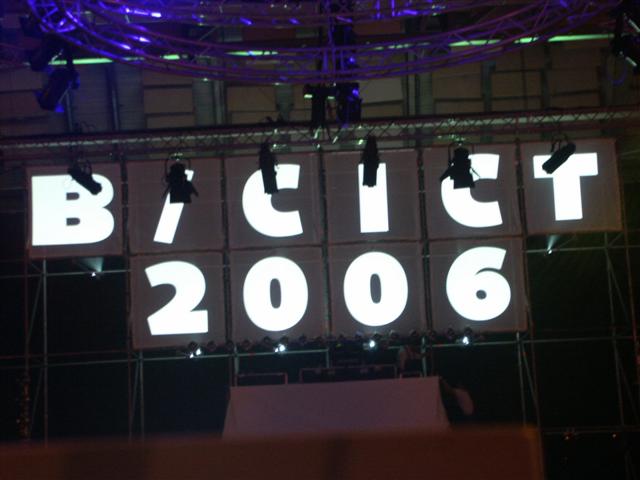 For a large-scale company-event a client requested a video system consisting of twelve independent displays, but, they had to be synchronised.
The displays would project the name of the performer with on each display a different part of the name.
Since this was a one off event, and the projection required high resolution for the words to be readable, a "standard" video-wall was not an option.
After some consideration I came with a solution involving a network, one PC for each projector and custom written software to control all the PC's at the same time.
The system worked perfect and the event was a blast.
After the official part was over and the party started, I used the screens for an extra-special VJ-set. 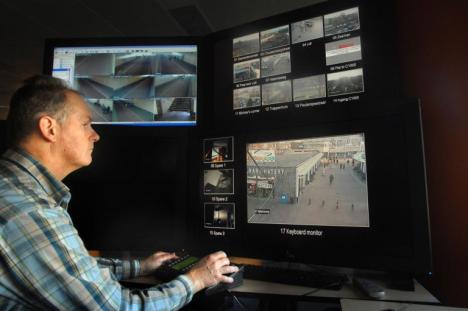 One of the largest dutch production companies, Rent-All, asked me a couple of times to assist with the realisation of temporary crowd-control and security systems.
We placed network based dome-camera's on strategic places, realised all the temporary network and power infrastructure and created the central monitoring system.
These very interesting projects requested a lot of knowledge about video, wired and wireless networking, IT and rigging.

For Rent-All I assisted with building up and tearing down the huge Guus Meeuwis Groots concerts.
The concerts were located in the PSV stadium and featured quite some light.
Specially the hundreds of Sunstrips and kilometers of flat-cable lights!

Also for Rent-All I assisted with building up the video-screens for the Doe maar and Kane concerts in De Kuip Rotterdam.
The video screens were led-displays from italy. We had a lot of fun working with the two Italian guys and the cardboard "flightcases"... 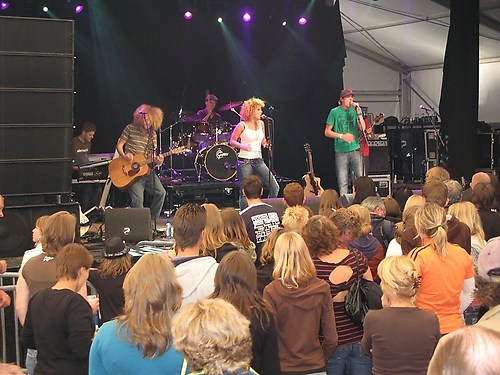 For the Purple group I was asked to do monitors at the Puddingpop festival in Leusden (near Amersfoort).
It was a lot of fun with a great atmosphere.
Monitor desk was a Midas Siena, one of my favorites.